Do you feel you belong? 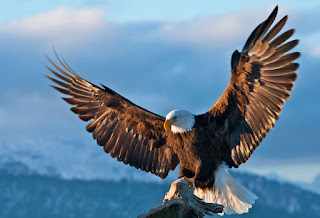 Do you know who you are?
Did you ask yourself this question ten years ago?
Do you remember your answers?
I do. I also remember promising myself to not go through experiences that I feel I don't belong.
But where do I belong?
Nowhere maybe. Not a place. Maybe there are some phenomena that I belong to, people that understand me, see me, MY SOUL...

Is it important what one looks like?
Did you ever think how it is for a person to know how she is perceived by you, without you truly knowing her? Is it painful?
Maybe it is a relief. It sets her free.
This way she can experience anything that she wants, knowing the truth of every experience that she goes through, and she would not limit my herself with the boundaries of others' and experience her being freely within her own boundaries, her way.

You cannot feel like yourself where you don't belong. You feel your true self where you belong, do you know where that is?
Gönderen nathalie zaman: 14:22 Hiç yorum yok: 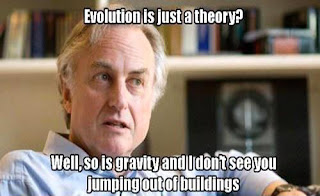 As we all know, eating and mating are two of our primary needs. Dopamine is secreted in the brain that acts as a reward when we eat and mate, it is a neurotransmitter that exists in our brains and guts.
Rather than eating and mating, is there anything else that gives us dopamine?

It is a known fact that, for an organism to survive, it needs to reproduce and instinctively we know that we need our genes to survive and that is why we eat and have sex. So far, this is a known basic idea but all animals do these things, what makes us different? It seems to me that evolution has come to a level that made this a built in intelligent mechanism. (Even thought I am not certain about the intelligence factor.) If we constantly take care of our basic needs, how are we going to evolve in our minds? I take into consideration that our brains are very much capable of multitasking. But, if there is a constant fight inside our skulls, is there ever winning?
Gönderen nathalie zaman: 09:56 Hiç yorum yok:

Your 'Meant to Be'

You think that you have been late to do whatever you wanted to do with your life.

If you went to law school earlier in your life, you would have been a great attorney by now, you have all the right qualifications to be so: a great decision-maker and a fast one, a person with guts and a great memory.

If you only had started to study science at the right time of your life you would have gone to medical school. By now, you could have been a neurologist, and a very good one.

Probably you would be all the things you thought you'd be and also a perfect fit.

Yes, people did not warn you at the right moment to become all those things, and you now think that it is too late to go back and start all over.

Maybe it is. (There is also the possibility that it is not too late, possibilities are only blocked in your mind, reality is only created by your challenges.)

But, there is something that you are meant to be and all of those 'wrong things' that made you be where you are today will make you an even better innovator in life.

If you had became a neurologist you could have made the right diagnostics and helped people to become healthy again, ease them out of pain.

You would also fit in so well that you would not have the opportunity to become who you are.

Former generation professions are going to be extinguished from history very soon. (It is still relevant to be a great lawyer, but not by itself; neurologists are needed very much but can I make my point clear?)

Be an innovator of your life so that you can become one for others.
Gönderen nathalie zaman: 23:37 Hiç yorum yok:

There is not one way of knowing what is real. 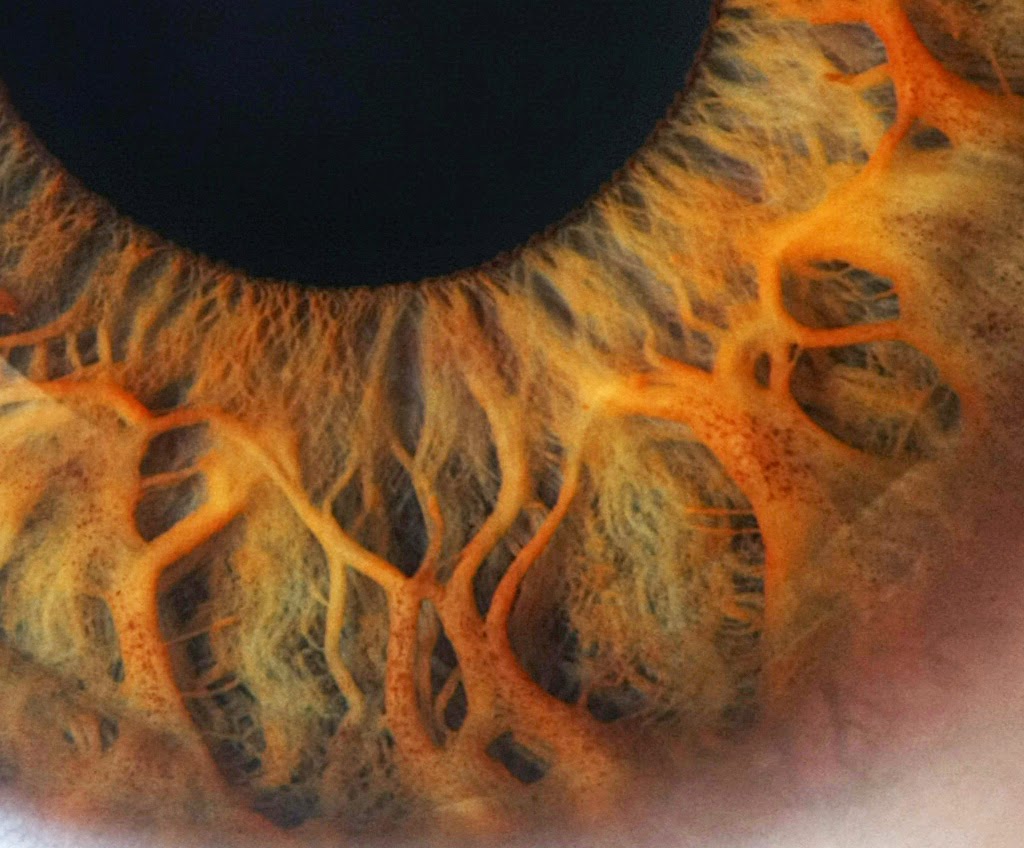 Do we have to make a distinction between what is scientific and what is religious?

One professor that inspires me a lot once told his students never to underestimate their observations of nature and never to throw away intuitions with regard to scientific inquiries. I never heared of a scientist using the word 'intuition' before, it does not appear commonly.

There appears to be a clean line between science and religion. Why is that? Is it because the nature of both entities claim to have their roots of reality stemmed from different universes?

Thinking about my experiences as a former yoga trainee, I remember that I used to believe everything had a spiritual cause that cannot be explained physically. I had no experience in science and I did not even read the popular science magazines. I only believed in dedication, but mainly I was running away to build a life for myself that was protected in some way. I don't claim that yogis are religious people that run away from the facts of life but I believe that there is an extension of yoga that ties itself to religious practices which is the common understanding that there is an energy in life which cannot be explained or controlled. This understanding of God is one aspect of life that divides people into one of the two main categories: believers who feel and sense verus nonbelievers who observe and articulate.

There is one another category that bases itself in scientific facts. If an entity is not observable -obviously not only by our senses because we need intelligent machines to observe things we cannot see or sense in any way- it does not exist. Challenging and safe as it may be -safe in terms of the only unknown being unfound scientific inquiries that are not beyond your control- it is also limited with the imaginable.

There are two problems of this distinction. One is that religion -the sense of God- is strictly in the hands of people that essentially do not believe in this energy and distribute it in a misleading way (e.g. how religion it is used in politics for voting purposes). The second issue is, science is only understood by few people who elaborately study it, it is a closed door for the public. Think about this issue being the same with health problems, because we don't know the human physiology very well, we have to rely on the doctors that they will treat us well as "we have no choice". What we could do actually is to change the education system so that everybody knows the basic human physiology very well -not high-school-passing-grade-well so that we won't have to rely on doctors one hundred percent. The same goes for any type of scientific research conducted. We can know science to a certain extent so the doors are not shut down when we choose to be a journalist, an English teacher,...

My point is, the essence of reality is not black and white, it seems.

Some many artists claim that they channel their pain through their songs, books, writings and create a positive outcome with it. You can find yourself in their creations, say to yourself that they interpret your emotions. This sharing can also bring relief. The relief for both the artist that he/she is being understood and the listener, reader that someone else is sharing their emotions.

There are also other people who enjoy the misery and carry pain inside. That's a choice and who am I to judge.

As much as I appreciate the state of being (interaction between the artists and their listener/reader), I am more curious about what happens to other people when they cannot channel their pain this way.

It is claimed by many scientists that human animals are inherently social. Everything that I wrote here supports the hypothesis. And I think that if you have read the writing until this part, you agree with me because somehow you can relate to it.

Have you ever thought of the pain of an autistic kid that went unrecognised? He is going through life trying to form social bonds without having no clues as to how others feel and think. Now who is to say that each and every one of us do not have such a pain buried inside but afraid to share.

It is called vulnerability.

Is your survival index costing you your freedom?

Some of the concepts in life seems very easy to understand. Take 'wanting' into account, it takes thought and action. If you already want something, you are motivated to do it anyway.

Most of the times, except the major changes in your life, that motivation to do the wildest things you want to do in life declines because daily life requires you to do mundane things just to survive. -If you think about it, you need money, to eat, have a shelter, cover yourself with clothes, furniture, travel, and the list goes on. Basic needs can depend on your socioeconomic status- So survival does not mean just breathing, eating, having sex anymore because we adapted our lives with different cultures all over the world. And this survival is everything but basic needs now.

I return back to the concept of wanting. How have you adapted your life to repress your most inner cravings in order to survive in your daily life? Maybe you have hidden yourself because you fear experiencing something bitter? Cause simply, not many people escape happiness and joy.

Are you really sure that all you want is to survive?
Gönderen nathalie zaman: 00:17 Hiç yorum yok:

An intellectual is someone whose mind watches itself. ~ Camus

nathalie
On my way from art to science as a naive observer. Who is not a naive scientist if she wants to learn about the mechanisms that define everything we are curious about? Will we ever stop getting excited about the unknown factors that define who we are and what is?